· JS:Cryptonight Coin Miner Virus This is probably one of the most notorious cryptocurrency miners out there for web browsers, primarily because it uses the Cryptonight mining algorithm to generate Monero tokens at the expense of your Graphics Processor (Video Card). · The program performs a hidden launch of the miner and connects it to a mining pool. These actions load the processor seriously. The main objective of Bitcoin mining virus is to receive money for unauthorized use of other people’s computing power. 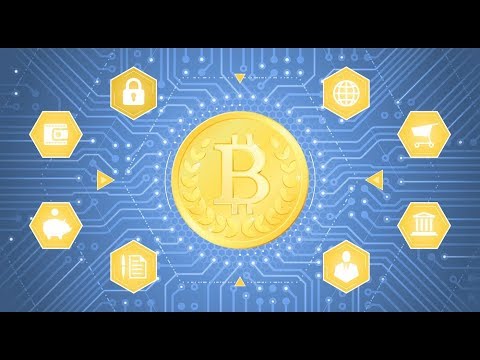 The fraudster receives the cryptocurrency earned by the victims directly into his dbnu.xn--80aplifk2ba9e.xn--p1aiing System: WINDOWS, OSX, IOS, ANDROID. · Researchers noted the XMR address designated to receive the cryptocurrency generated by the virus had been banned by Norman’s mining pool of choice. ‘XMR address banned’ (courtesy of Varonis). · The main reason why Anti-virus such as Avast, Avira, AVG, Windows Defender, Malware bytes and other programs block your miner is because hackers used to install these miners without the knowledge of the owner.

They make a botnet of miners, deploy into users computer and start mining at. · The PandaPool miner is an easy-to-use multi-cryptocurrency GUI, using the servers from PandaPool located in Europe. Users can mine BTG, ZEC, HUSH, MUSIC, KMD, BCN, SUMO, ZCL, ELLA, SIB, XMR, GBS and more.

The pool runs on both PPLNS and PPS payment systems and there is a % fixed fee. · ViaBTC is a somewhat new mining pool that has been around for about one year.

It’s targeted towards Chinese miners and mines about 8% of all blocks. 6. 1THash & 58coin This is a Chinese pool made from two pools: 1THash and 58coin. Cryptocurrency Mining Pool COIN. Hellominer searches automatically the most profitable Pool.

Make your own monero botnet or setup your own hidden miner installer.

It also connects to the most stable server in the Pool. We are always looking for new pools to get the best profit. Pool features. Cloud-based cryptocurrency mining services. Auto-Switching Pool Service. PPS(Pay Per Share) mining system. No registration. Cryptocurrency mining pool trusted by more than users worldwideDownload miner learn more in our FAQ or contact support. Monero XMR. MinerGate is an established mining multi-pool with 8 cryptocurrencies available for mining.

What is a miner virus? As it is known, cryptocurrency is mined through mining – the computational process which creates new blocks in the blockchain system. Usually, the processor or video card power is used by choice of their owner, who installs and activates a miner program. Binance Mining Pool Ranked 4th Largest. 16 November  · While running, your computer will be added to a mining pool on dbnu.xn--80aplifk2ba9e.xn--p1ai using the username [email protected] in order to mine the Monero digital currency.

Bitcoin Miner Pool Lets your Mine Bitcoins (BTC/Satoshi) Free in large volumes. Have you read about Bitcoin or Ethereum? Didn’t know how to get it? Bitcoin is the most valuable cryptocurrency today. Until now risking your money to buy bitcoin or understanding complex technology to mine bitcoin were the only solutions to get free bitcoins. · This has induced cyber criminals to find out ways to surreptitiously steal/mine Bitcoins, and miner viruses are one such tool.

Bitcoins are created as a reward for a process known as mining.

Bitcoin is a cryptocurrency and used as a worldwide payment system. · Android security: Cryptocurrency mining-malware hidden in VPNs, games, and streaming apps, dowloadedtimes.

Some of the malicious mining apps found in the Google Play store have been. Our Cryptocurrency miner, mining and cloud computing platforms have features unparalleled by other leading crypto mining software. From automated mining with Cudo Miner, to an end-to-end solution that combines stats, monitoring, automation, auto adjusting overclocking settings, reporting and pool integrations with Cudo Farm.

A mining pool is where several crypto miners join their computing resources to “mine” a cryptocurrency block. Each contributor gets a share of profit, that is usually proportional to work contributed. Every crypto miner can decide whether to mine solo or join a pool.

How to make any Cryptocurrency Silent Miner - Minergate Miners 2020

At Binance, we are building a full suite of crypto-powered financial services that will allow you to make the most out of crypto.

Today, we’re introducing the latest addition to our product suite: Binance Pool, a cryptocurrency mining platform dedicated to empowering miners and the global crypto mining industry. With Binance Pool, we aim to establish a comprehensive platform for miners that. US Arrests 3 in Alleged Crypto Mining Pool Fraud Scheme U.S. authorities arrested three alleged scammers attached to the BitClub Network Tuesday who successfully defrauded investors of $ When I talk about mining pools in the crypto world, usually bigger is better.

As explained earlier, big ones include more users. When their hash power is combined, the speed of deciphering a new block is even higher. This multiplies the chances someone from the participants to find the next block.

That is good news for you. · A cryptocurrency mining pool is a collective of miners who pool their system resources together. Combining system resources allows the miners to generate a much higher hash rate than they could achieve mining solo. The higher hash rate gives the mining pool a greater chance of mining a whole Bitcoin, which is then shared between the miners in.

A mining pool is a way for miners to pool their resources together and share their hashing power while splitting the reward equally according to the number of shares they contributed to solving a block. Anyone who wants to make a profit through cryptocurrency mining has the choice to either go solo with his own dedicated devices or join a pool.

The 2-in-1 solution, browse and mine at the same time with ease Synchronize your browser data across multiple devices Built-in mining algorithm increases your mining speed up to 8 times compared to extension format level referral system Payouts straight.

Pool-X is the first and only best PoS mining pool that gives you the best of the worlds of staking, mining, and trading with the highest returns. The battle for supremacy in the crypto staking and mining pools market is on and the KuCoin Exchange seems to be leading all innovations in this regard.

· Early this February, more than half a million computing devices were hijacked by a cryptocurrency miner botnet called Smominru, forcing the various devices to. · Remove dbnu.xn--80aplifk2ba9e.xn--p1ai Miner from Chrome. Reset Chrome settings is a simple way to remove the hijackers, harmful and ‘ad-supported’ extensions, as well as to uninstall malicious extension that uses dbnu.xn--80aplifk2ba9e.xn--p1ai GPU Miner to mine cryptocurrency.

Cryptocurrency, also known as digital currency, is a very popular topic these days.A lot of people have become more and more interested in digital currencies over the past few years as a means to make payments online and by use of mobile.

These reasons saw mining pools dominate the cryptocurrency mining world. A mining pool is a procedure for miners to work together to smooth out their mined coins.

The pool includes multiple generating clients contributing to the generation of a block. They later split the block reward according to the added processing power. · Understanding Cryptocurrency Mining Pools. While the rewards of mining appear lucrative, the process is complex. In the case of Bitcoin, for instance, the mining. With 1 thread the CPU is used at (around) 20%.

You can set up to max threads, but we advise to NOT set more than the total cores of your CPU (which may turn your PC unresponsive). Of course to use the miner, you must be constantly connected to Internet (calculated hashes should be verified by an Mining Pool).

What is Cryptocurrency Mining? - dummies

Types of Cryptocurrency Mining Pools Single Coin Pools: Single Coin pools allow the users to mine only one type of coins. While it is the biggest and most popular currency, Bitcoin isn’t the only cryptocurrency in the market. There are mining pools dedicated to mining different crypto-currencies such as Ethereum, ZCash, etc. Multi Coin Pools. · Ethereum depends on mining or “proof-of-work,” meaning that individual users competitively contribute computing power to validate blocks and transactions.

They also earn ETH in the process. Though Bitcoin originally introduced mining, it is increasingly hard to profit from Bitcoin mining.

As a result, Ethereum mining has become a compelling alternative for crypto users, especially for. Mining involves two major functions, 'securing' and 'verifying' transactions and the creation of a new cryptocurrency.

A miner needs a computer and other specialized software that will help them.

· Crypto doesn't just come from swimming pools and water parks, but it's where you're most likely to contract it. In the study, such sites accounted for. Today’s crypto mining ecosystem is not as we knew it years ago. In less than a decade, things drastically changed due to a variety of reasons. Because of the arrival of complicated ASIC miners (Application Specific Integrated Circuit) and the increase of the difficulty in the network of most cryptocurrencies, the majority of the coins are currently impossible to mine with just the use of a.

· A virus that turns victims' computers into a cryptocurrency miner without their knowledge is spreading across Facebook Messenger, security experts have warned. The malware, named "Digmine. Crypto Pools. In the context of cryptocurrency mining, a mining pool is the pooling of resources by miners, who share their processing power over a network, to split the reward equally, according to the amount of work they contributed to the probability of finding a block.

Last Block Time. · What is a cryptocurrency mining pool? A “mining pool" is a server that distributes the task of calculating the block signature between all connected participants.

The contribution of each of them is evaluated using the so-called “shares”, which are potential candidates for receiving a signature. A mining pool is a collection or group of miners who share the efforts and the rewards of mining cryptocurrency.

you have to enter the parameters of the pool. Among his app we find a Japanese database, a spam and virus database, the most complete database on Anime and Manga series birthdays and a shitcoin database. Sunday Miner, Alfredo has a passion for crypto and is a fan of EOS.

The role of the crypto miner.